There has been a large number of exporting going on in the United States as of lately and much has to do with the inflated vehicle prices around the world.  It is cheaper to purchase a vehicle in the US and pay all of the import/export fees rather than purchase the vehicle in your own country.  Well, it seems some think that it’s even CHEAPER to just steal the vehicles and throw them on the boat to ship to the buyers, rather than take the proper steps through customs.  Not so fast, thieves!!  Law enforcement agencies, both federal and state, have announced the breakup of one of the larger car theft export rings.  Several people have been charged with the theft of a multitude of vehicles in the NY and NJ area, and exporting them to Africa from the area’s seaports. 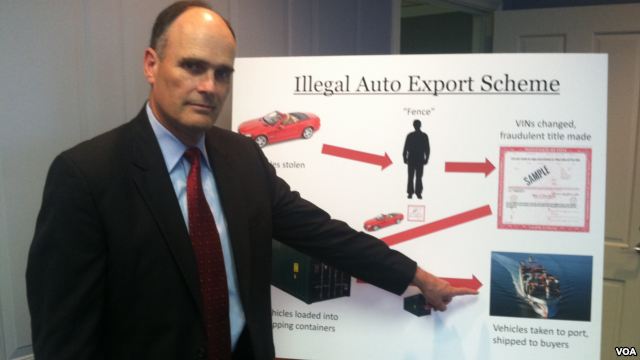 20 federal, state and local agencies announced the arrests of 11 of the 19 persons who are charged with the theft of the several high value automobiles.  The buyers of these vehicles were willing to pay a much higher ticket than what market value suggests, but bad news hits the shores of Africa instead of the boat loads of vehicles.  There are many ill effects of these types of operations, including but not limited to crime, carjackings and robberies.  When something is done illegally, our safety and quality of life diminish along the way.

Our economy, in many ways, is also negatively impacted as well through situations like these.  For example, not only are our citizens deprived of their personal property, but theft patterns in specific areas will result in higher insurance premiums for residents within that area.  Considering that majority of the vehicles are taken by gang members, gangs are thriving in this market.  By cracking down on their sources of income, we in return gain a favorable advantage.